Yugge Farrell. That is the name echoing in St. Vincent and the Grenadines, and throughout the Caribbean. It is the name of a young woman being vilified and victimized by a powerful dynasty desperate to make her disappear. Hers is a terrifying story of what happens when corruption runs rampant, nepotism is the order of the day, and court decisions can be bought. Yugge’s story is one we need to hear and remember, and she is a woman we need to defend.

Yugge Farrell, 22, was arrested on January 4, 2018 on an “abusive language” charge. It is alleged that she calle Karen Duncan-Gonsalves — wife of Minister of Finance Camillo Gonsalves a “dirty bitch.” She appeared in court the next day and pled not guilty. After her plea, the prosecution made application, without supporting documents, for psychiatric evaluation. Magistrate Bertie Pompey ordered her to the Mental Health Center for two weeks.

It is no secret that many politicians, and others in positions of power, groom and prey upon young women. Youth and poverty are just two characteristics that make women more vulnerable to those of means. In most of these cases, relationships are kept quiet — at least out of the spotlight — so the powerful maintain airs of superiority, family life stability, and moral high ground. If threatened, they exert their power in hopes of silencing the people who know their secrets. If they cannot succeed one way, they try another, and another, and another. This is why a father and son seem to have done all they can to lock Yugge away.

Since her detention, videos have circulated online with Yugge saying she had a sexual relationship with the Minister of Finance. While SVG Prime Minister Ralph Gonsalves has made comments on radio stations about the case, he advised his son, Minister of Finance, to hold “dignified silence.” The Prime Minister is also Minister of Legal Affairs, and insists that a magistrate can order a defendant to a mental institution based on information provided by the prosecutor outside of court.

While under evaluation at the Mental Health Center, Yugge was given antipsychotic drugs including Risperidone and Lithium. Her pro bono lawyer Grant Connell addressed this matter in court on January 23, 2018, drawing attention to the difference in her behaviour. At her first court appearance, Yugge was composed, but on the second, she made howling noises — clearly affected by drugs forcibly administered to her. Connell noted that the report provided to the court was not signed by a psychiatrist, and suggested the facility is not equipped to handle patients “with the allegation of some mental instability.”

The report from the Mental Health Center stated that Yugge was unfit to stand trial, and she was sent back to the facility. Outside of the court, Yugge’s sister insisted that her sister is “not crazy.” She suggested that Yugge was being victimized by more powerful people who want to keep her from talking. She also said she suspected Yugge was given medication the night before her court appearance because when she saw her on January 21, she was fine and not presenting as she did in court.

People are responding to the vilification of Yugge, especially under the premise that she is “crazy” — an overused, ableist word meant to discredit. To fight back, people in SVG and around the region are using #iamcrazytoo to express their support. A group of people held signs with messages included “I too am crazy” in protest of what was happening with Yugge’s court case and her detention. While politicians and the court work to make us see Yugge as separate, different, and “crazy,” the people choose to see commonalities and recognize that this injustice can be done to anyone.

A number of issues have been raised regarding this case, not the least of which being abuse of power. There have been arguments about information being shared with the magistrate, but not in open court. Specifically, the information that led to Yugge being court-ordered to the Mental Health Center was not presented in court, and not made available to the defense. In addition, the application for her psychiatric evaluation came after she entered her plea. The legality of this has been questioned, and no answer thus far has pointed to legislative support. One of the most recent issues is that the report from the institution was not signed by a psychiatrist. The prosecution claims none of this of any import.

Lawyer and human rights activist Kay Bacchus-Baptiste spoke out against the handling of Yugge’s case. She referred to Yugge’s detention at the Mental Health Center as “a human rights issue that should be properly investigated.”

Your first instinct may be to find everything that separates you from Yugge Farrell. You’d probably like to think this could never happen to you, or anyone you love. Even if you’re right, Yugge does not deserve to suffer. She has been hauled before the courts to face a charge of “abusive language” because a government minister’s wife was insulted. She has gone through undue stress and had her rights violated because the Minister of Finance and Prime Minister of St. Vincent and the Grenadines are afraid of her and what her story could do to their political careers, family, and legacy.

Since they don’t, it’s up to us to recognize and affirm that Yugge’s life is more important than their reputations. It’s up to us to take action, support Yugge in word and deed, and push for a system that would not leave room from others to be victimized, dehumanized, or silenced. With the next court date at the end of 2018, we need to be vigilant, steadfast, and vocal in our support of Yugge and her rights. We know this is not the end, and this may not be their final attempt to silence her. Use #YuggeFarrell and #JusticeForYugge to read more about Yugge’s story and the work being done to help her through this case, both legal and otherwise. It will take community to keep her safe and strong, and prepare her for her next day in court. Look for the petition on thepetitionsite.com and the empowerment fund on gofundme.com. If it could happen to her, it could happen to someone else, and that’s not the kind of world any of us deserve. We don’t have to settle; let’s agitate for the change we need and support the people making it happen. Yugge’s could be the case that changes more than a law. 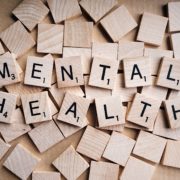