Published in Culture Clash — a weekly column in The Tribune — on October 4, 2017

Crime is never off our minds for very long. News reports, stories from friends, social media evidence and personal experiences guarantee our awareness and vigilance. It’s difficult to manage our own fear of crime. For many years crime has been viewed as an evil affecting other people. The likelihood that we, as individuals, would become victims of crime seemed low enough to allow us a relatively carefree existence. Now, with numbers rising — particularly violent crimes like murder and rape — we all feel a bit closer to the issue. It could be our homes, businesses, cars, or bodies next.

Our fear of crime is not irrational. It is a threat we know too well and consider far too often as we perform the most mundane tasks. We do not want to lose what we’ve earned, we want to avoid pain and we want to live. Unfortunately we will not survive without sober consideration of crime and its root causes. From poverty to conflict there are a number of issues to study and remedy. One of the most pervasive issues in Bahamian society is violence and the way we perceive, perpetuate and perform it.

Violence includes physical and nonphysical acts intended to cause harm. For now, let’s focus on the former. Physical violence exists in the media and entertainment we consume including television shows, movies, music and video games. In many instances it is the selling point. We have become so accustomed to on-screen violence it hardly elicits a response. We expect it. We ignore it. We encourage. We find endless ways to excuse acts of violence, insisting the victim deserves it because of some act or failure to act. Perhaps more disturbing this attitude is not limited to the fantasy worlds we enter through screen. It accompanies us in our daily lives.

It’s difficult for many to talk about, but there is an issue with the way we raise children, and it is manifesting itself every day in our society. In many cases, children are not regarded as human beings. Their participation is limited, they are heavily guarded and missteps are met with violence under the guise of discipline. Parents and guardians convince themselves that beating children is the best way to control their behaviour and mould them into what they deem to be acceptable human beings. Little thought, if any, is given to the negative — largely psychological — effects of corporal punishment. It is simply known as the quick fix that “worked for me.” It is believed to deter children from doing “wrong” and serves as an immediate means of correction. As with every action, we must consider impact versus intent. Sure, parents and guardians may intend to do their best in raising law-abiding, mannerly, well-behaved people, but what else are they doing when they beat children? Might this send the message that when someone does wrong, the appropriate response is to cause them physical harm?

What if we taught children to think critically? Can we teach them to stop and think before acting? To acknowledge their emotions and recognize what they feel in any given moment may not be the most important thing? Could it be useful to teach them self-control? We could do all of this, but probably not before we learn and model them ourselves. We must first come to the realization that punishment is not the most important thing, nor is it the most effective.

Our obsession with punishment is evidenced by our rigid positions on corporal punishment for children and the death penalty. We are more concerned about exerting power and using fear as a control mechanism than we are about building character and addressing environmental and societal issues that influence behaviour. In addition to the use of fear, punishment is frequently meant to cause embarrassment and prompts children to hide their mistakes instead of talking about and learning from them. This focus on negativity leaves little room to acknowledge and encourage good behaviour. Positive reinforcement is severely lacking and, in combination with the glorification of heavy-handedness in punishment, is causing harm to the psyche.

It is critical to our wellbeing that we exercise more intentional thoughtfulness and constructive criticism of current behaviour and the long-lasting effects of the same. It is not safe to assume that our survival of our parents’ methods is indicative of their merits. In fact, being in-one-piece is not all there is to survival and many of us carry the trauma of childhood abuse with us. Some among us are fighting mental illness, diagnosed and undiagnosed, further complicating navigation of everyday life. There are apologies we may never get. Wrongs that may never be made right. Healing that may never come. Nothing could make any of these things worth the loss or grief, but admitting to ourselves that what we witnessed, survived, or mimicked has caused harm and choosing to find better, healthier ways is a start to tackling the seemingly unsurmountable issue of crime.

This, of course, is not the only reason for the rate of violent crime in The Bahamas, but that needs individual, family, and community response.

It is the beginning of a vicious cycle that teaches us, over and over again, that violence is an appropriate response. Corporal punishment has not remedied any social ills. This form of “discipline” in many Bahamian homes is a lazy, emotional response that forms the root of a larger problem. It’s one that demands our attention on a daily basis and will not go away without a shift in our thinking and behaviour. Why not start in our own homes?

Featured image by nitpix at Morguefile.com 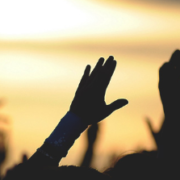 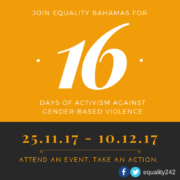 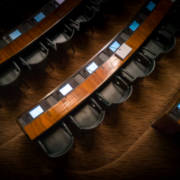 Culture Clash: We Need Leaders We Can Trust And Who Share What We Want
Scroll to top